Seite 29
GOD , heavenly Father , whose gift it is that the rain doth fall , and the earth bring forth her increase ; Behold , we beseech thee , the afflictions of thy people ; increase the fruits of the earth by thy heavenly benediction ...
Seite
Give grace , O heavenly Father , to all Bishops and other Ministers , that they may , both by their life and doctrine , set forth thy true and lively Word , and rightly and duly administer thy holy Sacraments .
Seite
Those who refused the feast in the Gospel , because they had bought a farm , or would try their yokes of oxen , or because they were married , were not so excused , but counted unworthy of the heavenly feast . 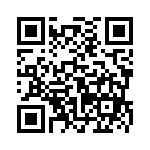