Robert E. Baldwin is Hilldale Professor Emeritus in the Department of Economics at the University of Wisconsin-Madison. He is the author or coauthor of many books, including most recently The Decline of US Labor Unions and the Role of Trade. He is a Fellow of the American Academy of Arts and Sciences, a Research Associate at the National Bureau of Economic Research and a member of the Council on Foreign Relations. 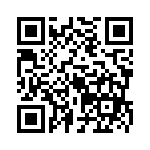