Geert Booij is Emeritus Professor of Linguistics at Leiden University, having previously held positions at the University of Amsterdam and the Vrije Universiteit Amsterdam, and visiting professorships at the University of Canterbury in Christchurch, Harvard University, and the Freie Universität Berlin. His research explores theoretical and descriptive issues in morphology, with special focus on the interfaces with phonology, syntax, and semantics. He is one of the founding editors of the book series Yearbook of Morphology, continued as the journal Morphology, and in 2011 he received the Alexander von Humboldt Research Award for his overall achievements in linguistic research. His previous OUP volumes include The Phonology of Dutch (1999), Construction Morphology (2010), and The Grammar of Words (3rd edn, 2012). 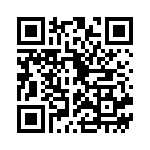