Seite 299
Nobody was surprised , ” Lora replied . Her inflection gave her answer the force
of a question . Fleming's eyes , the color of Lora's , but slower than hers to judge ,
passed from her face to Oliver , and then to Philip , whom Lora was introducing .
Seite 306
By noon Philip had come to await with Lora Oliver's return and to discuss with her
the problem set by the arrival of money for his own departure . " I can't go , of
course , until we find out about the Telumah , ” he was declaring , when they both
...
Seite 307
been rebuilt , ” said Oliver . The fact that another ship had been offered to him did
not seem important enough to state , even in reply to Lora's question . “ But why
do they give her to another captain ? ” Philip asked . “ Her size , ” Oliver ... 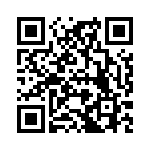