Seite 149
Everett himself later wrote that it had five or six hundred circulation when he took it over ; it had some twenty - five hundred two years later , and continued to increase slightly . The publishing responsibility , which the club had ...
Seite 168
Three of Emerson's later lectures were published in 1877-78 , Bryant's essay on Cowley in May , 1877 , and Taylor's on Halleck in the following number . Whitman contributed several essays in the ' eighties .
Seite 376
Later he names Emerson , Hawthorne , Longfellow , Whittier , Holmes , Mrs. Stowe , Thoreau and Lowell as the classic eight of the New England resurgence and adds , “ Critics of two generations later , however , have made sad havoc with ... 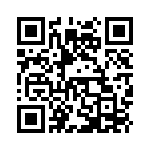