While it wasn't quite what I was expecting, I loved it nonetheless. It might be too dense or deep for the light reader but I personally found it fascinating. Author, Al Ridenour not only discusses the ... Vollständige Rezension lesen

Al Ridenour: A native of Pasadena, California, Al Ridenour holds BA's in German and English literature, has worked as an author, journalist, animator, and artist, and has been a fixture in the West Coast underground art community since the mid-1990s.

His Krampus research has taken him to the Austrian Alps and Munich, and brought him in contact with cultural anthropologists working in Salzburg and Vienna as well as dozens of members of contemporary European Krampus groups. In 2013, Ridenour co-founded Krampus Los Angeles, an organization that's made the city ground zero for American Krampusmania.

Ridenour has translated and produced the only English-language version of 19th-century Krampus play, written articles, and lectured on the topic at the international Goethe-Institut and elsewhere, and exhibited his Krampus suits at the University of Southern California's Doheny Museum 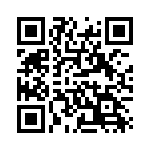