Seite 62 - E'en in our ashes live their wonted fires. For thee, who, mindful of the unhonored dead, Dost in these lines their artless tale relate; If chance, by lonely contemplation led, Some kindred spirit shall inquire thy fate, — Haply some hoary-headed swain may say, "Oft have we seen him at the peep of dawn Brushing with hasty steps the dews away To meet the sun upon the upland lawn.
Wird in 873 Büchern von 1799 bis 2007 erwähnt
Seite 30 - GOING TO THE WARS Tell me not, Sweet, I am unkind That from the nunnery Of thy chaste breast and quiet mind, To war and arms I fly. True, a new mistress now I chase, The first foe in the field; And with a stronger faith embrace A sword, a horse, a shield. Yet this inconstancy is such As you too shall adore; I could not love thee, dear, so much, Loved I not honour more.
Wird in 653 Büchern von 1795 bis 2008 erwähnt
Mehr
Seite 199 - And snowy summits old in story; The long light shakes across the lakes, And the wild cataract leaps in glory. Blow, bugle, blow, set the wild echoes flying, Blow, bugle; answer, echoes, dying, dying, dying.
Wird in 593 Büchern von 1832 bis 2007 erwähnt
Seite 99 - The clouds that gather round the setting sun Do take a sober coloring from an eye That hath kept watch o'er man's mortality ; Another race hath been, and other palms are won, Thanks to the human heart by which we live, Thanks to its tenderness, its joys and fears, To me the meanest flower that blows can give Thoughts that do often lie too deep for tears.
Wird in 672 Büchern von 1807 bis 2008 erwähnt
Seite 187 - There is a power whose care Teaches thy way along that pathless coast, The desert and illimitable air — Lone wandering, but not lost. All day thy wings have fanned, At that far height, the cold, thin atmosphere, Yet stoop not, weary, to the welcome land, Though the dark night is near.
Wird in 846 Büchern von 1821 bis 2008 erwähnt
Seite 66 - Though round its breast the rolling clouds are spread, Eternal sunshine settles on its head. Beside yon straggling fence that skirts the way, With blossomed furze unprofitably gay — There, in his noisy mansion, skilled to rule, The village master taught his little school. A man severe he was, and stern to view ; I knew him well, and every truant knew : Well had the boding tremblers learned to trace The day's disasters in his morning face...
Wird in 631 Büchern von 1792 bis 2008 erwähnt
Seite 103 - Stern Lawgiver ! yet thou dost wear The Godhead's most benignant grace ; Nor know we anything so fair As is the smile upon thy face : Flowers laugh before thee on their beds And fragrance in thy footing treads ; Thou dost preserve the stars from wrong; And the most ancient heavens, through Thee, are fresh and strong.
Wird in 593 Büchern von 1807 bis 2008 erwähnt
Seite 47 - Direct, control, suggest this day All I design, or do, or say ; That all my powers, with all their might In Thy sole glory may unite.
Wird in 551 Büchern von 1819 bis 2007 erwähnt
Seite 47 - The Lord my pasture shall prepare, And feed me with a shepherd's care : His presence shall my wants supply, And guard me with a watchful eye ; My noon-day walks he shall attend, And all my midnight hours defend.
Wird in 649 Büchern von 1800 bis 2007 erwähnt
Seite 17 - And moan the expense of many a vanished sight: Then can I grieve at grievances foregone, And heavily from woe to woe tell o'er The sad account of fore-bemoaned moan, Which I new pay as if not paid before. But if the while I think on thee, dear friend, All losses are restored and sorrows end.
Wird in 665 Büchern von 1804 bis 2007 erwähnt
Weniger

Whittier, the Quaker poet, was a "man of peace" but also "the poet militant." While his nonconformist religion demanded passive resistance in the physical arena, he was vigorous in opposition to slavery and the enemies of democratic principles. Born near Haverhill, Massachusetts, and educated at local schools, Whittier became editor of several country newspapers and in 1831 published his first book, Legends of New England in Prose and Verse. This was followed by a number of volumes of poetry, nearly 20 between 1836 and the outbreak of the Civil War, but a literary life was not uppermost in Whittier's mind during these turbulent years. Having been drawn into the antislavery movement by William Lloyd Garrison and others, Whittier became one of the most effective voices in the fight against slavery through his poetry and other writings. He himself said that he "set a higher value on his name as appended to the Anti-Slavery Declaration in 1833 than on the title page of any book." It has been said that his Voices of Freedom (1846), raised in the cause of abolition, was second only to Uncle Tom's Cabin in influencing the public against slavery. Following the war, Whittier felt free to turn his primary attention from politics to other themes and matters in his poetry, most successfully to the New England folk life that he had known so intimately during his years in rural Massachusetts and which is reflected in Among the Hills (1869). Snow-Bound: A Winter Idyl (1866) is a long poem celebrating those rural values that Whittier had known in his youth but that were now vanishing before the industrial and urban forces that were transforming the American landscape and, some feared, character. In this, one of the most popular poems of nineteenth-century America, Whittier seeks in his personal past, as Robert Penn Warren pointed out, "not only a sense of personal renewal and continuity, but also a sense of the continuity of the new order with the American past." Other poems of high merit from these later years include "Abraham Davenport" (1866), the exquisite "Prelude" to Among the Hills (1868), and "In School-Days" (1870). 020 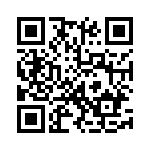