Seite 41
There was too much confusion cottonwood tree I once scaled at our old already
in our family , too large a wound . house , spending a long afternoon in its I knew
only that she'd misunderstood branches , surrounded by the touch of its me .
Seite 42
I gasped , holding I knew , now , what was bothering me my breath , enchanted .
What was it ? most . A fear summoned by the snake ; Thumb - sized , it hovered
no more than not by its fangs , but by its death . I'd six inches away , upright ...
Seite 43
A kind of knowing arose in me . Ann , later , went down , alone , peering I felt I
knew something about snakes . into the cage , confirming what we knew They
were like me . They wanted to live was true . Summoning enough courage , as
much ... 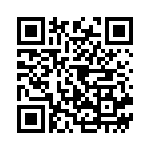