Jude Morgan has become one of my favorite authors. It took awhile for this to develop into the strong novel I expected from Morgan on this historical account of Hector Berlioz and his actress love Harriet Smithson. Vollständige Rezension lesen

I thought this was a good book but it didn't quite fill its potential. The characters are very well written and Berlioz and his wife are sympathetically drawn. After a great start and middle it just petered out at the end. Vollständige Rezension lesen 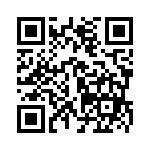