Seite 70
His position , with differences , comparing , in some respects , smaller things to greater , and with fewer differences , after all , than likenesses , his position resembles that of Scott at Abbotsford , just as , sound , sensible and ...
Seite 75
And how many things , to the critic , the case suggests — how many possible reflections cluster about it and seem to take light from it ! It was " romance " indeed , " Weir of Hermiston , " we feel , as we see it only grow in assurance ...
Seite 77
This and the other things , of his best , he left ; but these things , lovely as , on rereading many of them at the suggestion of his Correspondence , they are , are not the whole , or more than the half , of his abiding charm . 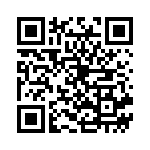