Seite 54
... and perhaps still , hostile to the British , no doubt from dread of interference , and possibly not without reason , for all peoples are not necessarily desirous of securing the so - called “ blessings of civilisation .
Seite 174
Among the Ijaw — the most ancient perhaps of all the races now existing in West Africa — the earth deity , Ama - Kiri , is male , while Tamuno , the supreme deity - partly identified with the sky -is female , like the early Egyptian Geb ...
Seite 319
blast of the monotheist invader from Persia , seemed to take to its inmost being without repugnance the civilisation , decadent perhaps , but not yet corrupt , of imperial Greece . It was therefore no mere chance that in the later ... 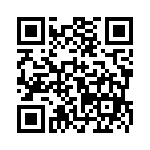