Edited with an introduction by Vigen Guroian. Kirk's something of a one-trick pony. It's a good trick, and Kirk does it well, but there's a sameness to most of these short stories. There's this guy ... Vollständige Rezension lesen 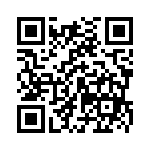