Often called "the voice of her generation," Marianne Williamson has been lecturing on spirituality since 1983. She is the author of the New York Times bestsellers: A Return to Love; A Woman's Worth; Illuminata; The Healing of America; and Illuminated Prayers. Her books have been translated into more than twenty languages. Marianne continues to inspire audiences on a global scale as she lectures internationally in the fields of spirituality and new thought. Marianne is running in the 2020 presidential election as a Democratic candidate. 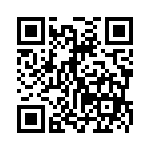