We That Were Young by Irene Rathbone; (5*) This is perhaps the best book that I have read for the Great War Theme Read this year with the exception of All Quiet on the Western Front. It was so ... Vollständige Rezension lesen

WE THAT WERE YOUNG

First published in 1932 to lukewarm reviews, this novel chronicles the war work of several young British women during World War I. Joan, Betty, Barbara, and Pamela work in YMCA canteens in France and ... Vollständige Rezension lesen 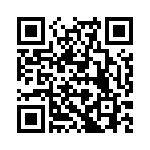