Seite xi - BA made its first passenger-carrying 'operational assessment flight' from Heathrow. But the date proved memorable primarily for the epochal terrorist attacks on the World Trade Center in New York and the Pentagon in Washington DC.
Wird in 442 Büchern von 1946 bis 2008 erwähnt

Anna Coreth studied history at the University of Vienna. She was an archivist and Austrian historian.

William David Bowman teaches courses in modern European history and historical methods. His research interests include the social and cultural history of Germany and Austria, with an emphasis upon the history of religion and medicine. 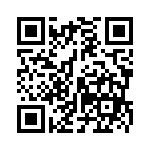