Seite 56
But the fault of the antiquarian spirit , in architectural thought , is precisely that it
attaches an undue importance to detail as opposed to those more general values
of Mass , Space , Line , and Coherence with which architecture properly deals ...
Seite 57
or antiquarian criticism it is required to be ' scholarly , ' that is , to correspond
exactly to some detail previously used in the period poetically approved . In this
way , although it would seem highly unscholarly not to discover the ćsthetic
function ...
Seite 81
The latter , as we saw , becoming antiquarian , emphasised detail at the expense
of the whole , and allowed architectural detail to deteriorate into a stylistic symbol
. So , in this case , sculpture takes the place of architecture and deteriorates ... 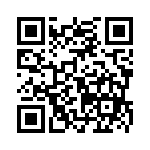