Some great stories, and the author does a great job of taking you back to another time on the lakes, but the book gets pretty repetitive after awhile, and in places seems to be just a very long list of wrecks. Not sure it's a fault of the style or just the subject matter. Vollständige Rezension lesen

(1910 1984) Six generations of William Ratigan's family have lived in Michigan, a fact that has inspired his novels and biographies of the Great Lakes region. His father went on the Lakes at age twelve and worked up to steamboat engineer, with fresh- and salt-water licenses. The author himself once acted as dockmaster for a season at his home port of Charlevoix.

Formerly a NBC network news director and supervisor of war correspondents in the PTO, he covered the Bradley shipwreck for the mass media and was consultant to the Smithsonian Institution on technical development of Great Lakes craft. In connection with his NBC network newsroom services, he carried a card as journalism instructor for UCLA. He was proud of having quarterbacked and captained the University of Chattanooga's all-Dixie Conference football team and of being an adopted chief of the Ottawa tribe, with the name of Opwa-nan iia Kanotong, Interpreter of Dreams.

In 1954 William Ratigan founded an internationally known private press, complete with pressmark -- the Dockside. On occasion he had been a university lecturer, and a number of his manuscripts and personal papers reside in the archives of the Michigan Historical Library at the University of Michigan. 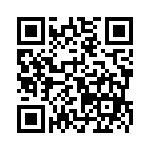