In honor of Black History Month, I've been trying to read primarily black authors. I finished Frederick Douglass' Narrative of the Life of Frederick Douglass An American Slave and Other Writings (the ... Vollständige Rezension lesen

Born a slave in Maryland in about 1817, Frederick Douglass never became accommodated to being held in bondage. He secretly learned to read, although slaves were prohibited from doing so. He fought back against a cruel slave-breaker and finally escaped to New Bedford, Massachusetts, in 1838 at about the age of 21. Despite the danger of being sent back to his owner if discovered, Douglass became an agent and eloquent orator for the Massachusetts Antislavery Society. He lectured extensively in both England and the United States. As an ex-slave, his words had tremendous impact on his listeners. In 1845 Douglass wrote his autobiography, Narrative of the Life of Frederick Douglass, which increased his fame. Concerned that he might be sent back to slavery, he went to Europe. He spent two years in England and Ireland speaking to antislavery groups. Douglass returned to the United States a free man and settled in Rochester, New York, where he founded a weekly newspaper, The North Star, in 1847. In the newspaper he wrote articles supporting the antislavery cause and the cause of human rights. He once wrote, "The lesson which [the American people] must learn, or neglect to do so at their own peril, is that Equal Manhood means Equal Rights, and further, that the American people must stand for each and all for each without respect to color or race." During the Civil War, Douglass worked for the Underground Railroad, the secret route of escape for slaves. He also helped recruit African-Americans soldiers for the Union army. After the war, he continued to write and to speak out against injustice. In addition to advocating education for freed slaves, he served in several government posts, including United States representative to Haiti. In 1855, a longer version of his autobiography appeared, and in 1895, the year of Douglass's death, a completed version was published. A best-seller in its own time, it has since become available in numerous editions and languages. 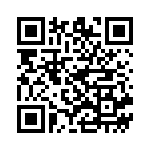