Stephen C. Behrendt is an associate professor of English at the University of Nebraska-Lincoln and the author of many articles on Blake. 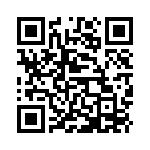