After his family moved from Hungary to the USA, ALEX BLUM studied at the National Academy of Design in New York. He eventually joined the Eisner-Iger shop, and in 1939, he started illustrating 'Samson' and 'Eagle' for Fox. In 1940 he illustrated 'Purple Trio', 'Neon' and 'Strange Twins' for Quality Comics. In the same year, Blum started contributing to Fiction House, illustrating 'Red Comet', 'Kaanga', 'Midnight' and 'Greasemonkey Griffin' among others. He was presumably also the artist behind the pseudonym Armand Budd, that also drew for Fiction House. Alex Blum was a top artist for the Classics Illustrated series from the early issues. He illustrated over 25 Classics and stood out for his use of theatrical dramatics, which is probably why he illustrated three of the five Shakespeare Classics. Alex Anthony Blum retired in 1961 and died in 1969. 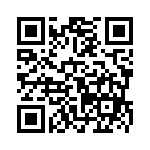