Seite 117
But , granted the chains , the structure is explained , and the knowledge of the
fact should give the scientific critic the satisfaction he desires . And if our pleasure
lies in intellectually tracing , not the means by which the structure is made ...
Seite 118
Thus vanishes the argument from structure . The prestige which still , in all our
thought , attaches to mechanical considerations , has given to so weak a case a
perverse vitality . One central point should , however , be clear from this analysis .
Seite 120
The art of architecture studies not structure in itself , but the effect of structure on
the human spirit . Empirically , by intuition and example , it learns where to
discard , where to conceal , where to emphasise , and where to imitate , the facts
of ... 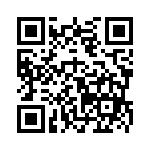