The girls of slender means

"Spark, as usual, has perfectly plotted and peopled this giddy world of postwar delirium and girls' dormitory life," said LJ's reviewer of this satirical novel (LJ 10/1/63), which follows the low ... Vollständige Rezension lesen

Muriel Spark (1918–2006) was the author of dozens of novels, including The Prime of Miss Jean Brodie, Memento Mori, A Far Cry from Kensington, The Girls of Slender Means, The Ballad of Peckham Rye, The Driver’s Seat, and many more. She became Dame Commander of the Order of the British Empire in 1993. 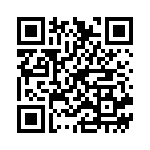