John Limon is Professor of English at Williams College. He is the author of The Place of Fiction in the Time of Science and Writing after War. 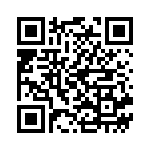