I found this a very enjoyable book, and sometimes gripping book. It was even interesting to read about series that I don't read or don't like, just to read the author's take on the series and the time ... Vollständige Rezension lesen

Ray Browne was born in Millport, Alabama, in 1922, and was educated at the University of Alabama, Columbia University, and the University of California at Los Angeles. As founder of the Popular Culture Association (1970) and of the Department of Popular Culture at Bowling Green University, he is one of the most important figures in the field of popular culture in the United States today. Browne was an early advocate of applying serious study to popular culture.

LAWRENCE A. KREISER JR. is an independent scholar. 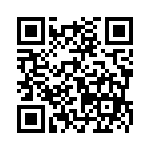