Professor Dr B.K.Tyagi (b 23rd July, 1951) is a renowned medical arthropodologist/entomologistof international repute, well known for his significantcontributions on epidemiology and management of vectors and vector borne disease like malaria, filariasis, leishmaniasis, Japanese encephalitis, dengue and chikungunya. He is best known for his innovative malariological research in the IGNP irrigated Thar Desert in Rajasthan; discovery of Aedesalbopictusas a primary and only vector of dengue fever in Kerala State, invention of various different vector mosquito traps/breeding preventers. He has discovered new species of dragonflies and mosquitoes, and published for the first time a complete catalogue of Indian mosquitoes (Culicidae). Recipient of many prestigious national and international Awards/prizes, viz., WHO-TDR First Prize in a worldwide competition (1995-96), ICMR’s Dr. M.O.T. Iyengar Memorial Award (2007), he has published 28 books and more than 575 research titles, in addition to one Indian patent and two Technology Transfers. Dr Tyagi has held many prestigious positions: (i) National Representative in-charge in South Asia for the Intl. Odonatol. Soc., (ii) Member in-Charge in Southern Asia for the OSG/SSC (IUCN), (iii) President of the Jodhpur Natural History Society, and the Indian Dragonfly Society. Dr. Tyagi is also the originator of ‘Conferences of Medical Arthropodology’.He is editing about a dozen scientific journals, in addition to being a Fellow/Member of more than two dozen scientific bodies, both in India and abroad. He has visited several countries in all the continents. Prof. Tyagi retired recently in 2015 as the Scientist ‘G’ (Director) and Director in-Charge of the ICMR’s Centre for Research in Medical Entomology (CRME), Madurai, India.Currently, Prof. Tyagi is a Visiting Professor at Bharathidasan University, Tiruchirapalli and Core Faculty in the DST-SERB’s School in Insect Biology at Hyderabad University, Hyderabad. 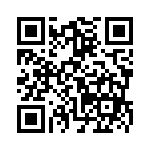