Seite 41
ings , old books , autograph letters of “ And get your medals , by the the Prussian kings , water colors by way , and show them too , ” his wife Frau von Schmidt were passed be said . fore me with kaleidoscopic speed .
Seite 238
She had fondest of , next to my wife , and long understood too little and inspired before I met my wife too — I can't too much and died too soon . She was help feeling pretty close to you , to blame , that magnificent shade Caroline .
Seite 445
In the kind we taking out of trash , while the wife plans are describing , the necessity is great bethe meals , shops for them , cooks and cause two degrees mean two jobs and serves them , gets up the laundry , puts two jobs make more ... 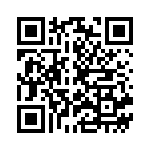