Seite 100
Were gold and silver present in every transaction between nations , the vastly increased amount of capital required would abridge commerce to a mere fraction of its present volume . The progress made in mechanic arts , as well as in the ...
Seite 137
The payment of their bills receivable would retire their notes , but , under the present system , would leave them without any capital in hand but their reserved profits . Instead of being banks , they would be mere skeletons of banks .
Seite 167
The writer of the present article has been able , from sources he is not at liberty to disclose , to state already in May , 1866 , in the most positive manner , that which now , for the first time , is published as a diplomatic document ... 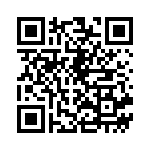