Although the Presidency of John Adams ended as the result of the moral and practical mistake of sponsoring, with the support of Congress and Abigail, the indefensible Alien and Sedition Act, at least ... Vollständige Rezension lesen

I enjoyed the book but it was a slow read for me, except for the last chapter, at which point I felt so comfortable with John Adams that I enjoyed his company. Vollständige Rezension lesen

Seite 41 - ... mastery of the seas; and then the united force of all Europe will not be able to subdue us. The only way to keep us from setting up for ourselves is to disunite us.
Wird in 181 Büchern von 1826 bis 2008 erwähnt

David McCullough has twice received the Pulitzer Prize, for Truman and John Adams, and twice received the National Book Award, for The Path Between the Seas and Mornings on Horseback. His other acclaimed books include The Johnstown Flood, The Great Bridge, Brave Companions, 1776, The Greater Journey, The American Spirit, and The Wright Brothers. He is the recipient of numerous honors and awards, including the Presidential Medal of Freedom, the nation’s highest civilian award. Visit DavidMcCullough.com. 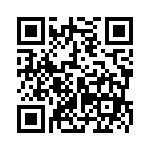