New York Public Library, 1895 The New York Public Library was founded in 1895 using the funds from a trust that the political leader Samuel J. Tilden left. The library system consists of an administrative center, four research libraries, and 82 neighborhood branch libraries in the boroughs of Manhattan, the Bronx and Staten Island. The boroughs of Brooklyn and Queens have their own public library systems. Its full name is The New York Public Library, Astor, Lenox and Tilden Foundations. The trust made it possible to consolidate the Astor and Lenox libraries, which were two research facilities that were experiencing financial difficulty. The Astor Library was established in 1849 by an endowment left by John Jacob Astor, and the Lenox Library was the private collection of the American philanthropist James Lenox. Upon his death in 1880, the collection became a research library. The library contracted with the city to build and operate libraries in three of the city's boroughs and in 1901, Andrew Carnegie provided the money to build the first 39 branches. The research libraries are supported mostly by private endowments and gifts with additional grants awarded by the federal government and the city and state of New York. The Central Research Building was dedicated as a free research library in 1911. It is the administrative center of the research libraries and is the largest library of the system. It is a marble structure that covers two blocks from 40th to 42nd streets on Fifth Avenue in Manhattan and is where the cataloging and acquisition for the research libraries takes place. The research libraries include the Library for the Performing Arts, which is located within the Lincoln Center complex, the Schomburg Center for Research in Black Culture in Harlem, the Center for the Humanities, which is housed in the Central Research Building and the Science, Industry and Business Library (SIBL). The SIBL has a 50,000 volume circulating and together, the research libraries contain some 12.5 million books and more than 27 million manuscripts, recordings, prints and other items, which are organized into subject divisions and special collections that cover virtually every field of knowledge in every language. The branch library collections contain about 5.5 million books and 5.8 million other items, which include audiocassettes, books, compact discs, films, periodicals, recordings and videocassettes. Special collections include the Library for the Performing Arts, the Donnell Library Center, the Andrew Heiskell Library for the Blind and Physically Handicapped and the Hispanic, Afro-American, Chinese and Italian-American Heritage centers located in four branch libraries. The Donnell Library Center houses a foreign language library, a media center, the Nathan Straus Young Adult Library and the Central Children's Room. Nearly all branches include children's rooms, with materials especially for young readers, and computers and software. The branch libraries sponsor 18,000 free programs a year for children and adults, and offer classes in English as a second language and basic reading and writing skills for adults. 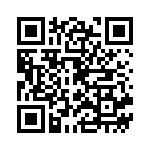