Robert J. Brophy is Professor of English at California State University, Long Beach and since 1968, has been editor of the Robinson Jeffers Newsletter. 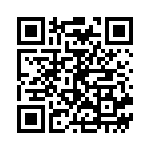