Seite 52
On the other hand , where circumstances permitted a more permanent kind of
graving - dock to be adopted , the general opinion was that that course should be
followed . For instance , where there was sufficient rise and fall of tide to enable ...
Seite 161
If the work had been commenced at a portion previously lined , they would
probably have packed the old bricks into the cavities , and might not have
adopted the counterfort method . He had noticed similar irregularity of section in
other old ...
Seite 406
Copperthwaite , W. C. - Correspondence on Alfreton and Moncreiffe Tunnels :
Method adopted in repairing the Bramhope tunnel , 163 . Cutton , S. O'G . ,
admitted student , 249 . Couplings , railway , automatic , in Germany , 369 . Crane
, W. R. ... 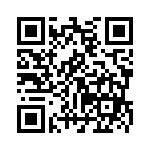