Fabulous book if you like the American Revolution or just want to learn more. The structure of the book is its best selling point--a chapter setting the stage and time frame of Colonial New England ... Vollständige Rezension lesen

An enjoyable and easy read that delves a little deeper into some of the events that occurred prior to and during the American Revolution. This aspect was a welcomed surprise to me, for I had expected a simple collection of biographies. Vollständige Rezension lesen

A. J. Langguth (1933–2014) was the author of eight books of nonfiction and three novels. After Lincoln marks his fourth book in a series that began in 1988 with Patriots: The Men Who Started the American Revolution. He served as a Saigon bureau chief for the New York Times, after covering the Civil Rights movement for the newspaper. Langguth taught for three decades at the University of Southern California and retired in 2003 as emeritus professor in the Annenberg School for Communication and Journalism. 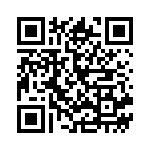