It all started one day in the 1920’s when my grandfather Akui Mella a pagan masai went outside to work in his coffee field. As he was tilling the ground with a handheld hoe, he said an Angel in white ,bright as lightening appeared beside him.

The Angel called to my grandfather Mella and said “Lotegeluaki !, Lotegeluaki!, Lotegeluaki!” three times. “Lotegeluaki” means the chosen one in Masai . The next day as he worked in the cornfield plot behind the “boma” Satan appeared to him in a whirlwind. My grandfather said he threw a clog of dirt at the presence and it flew down into the low valley behind my grandfathers plot of land.

So my grandfather a pagan masai changed his name to “Lotegeluaki” and became a Christian. That’s how our clan became Christian. No missionary ever came and converted us, but an Angel from God did .

Well what was Lotegeluaki chosen for? He never found out , but the third generation of his first born was chosen to play a part in the Invisible War serving Jesus against Satan. I will not tell you what really happened in my life, it’s a secret that I will keep until Jesus comes back in my lifetime. At least I hope to keep it a secret.

But this book is the product of many years of walking with Jesus and being attacked by Satan and his forces. The book is about the history of Christianity from before the big bang to after the collapse of this universe and beyond- a 200 billion year history of Christianity as Jesus through the Holy Spirit revealed it to me. And I intend to feed my Mom, Mother Church with it. So please read and enjoy the “ refreshing” – food for weary Mother Church in the political sea. 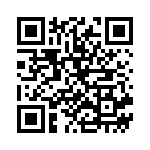