Seite 14
Wilderness areas were fast disappearing , but Roosevelt still found a place for
the sportsman " who , although he loves the great cities , loves even more the
fenceless grasslands , and the forest - clad hills . ” Such a man , he added , would
...
Seite 151
All offered what the trade flyer for World Pictures ' Forest Rivals in 1919 called "
fast action , a strong love interest , thrilling incidents , ” and , of course , " beautiful
scenery . ” Forest Rivals , the flyer continued , told " a wonderful story of life in the
...
Seite 173
Critics of Theodore Roosevelt ' s conservation programs had long argued that
national forests were “ locked up ” and ... the 1920 ' s that conservation by
controlled harvest threatened the last remaining virgin lands in the national forest
system . 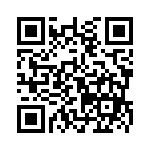