JUSTICE OLIVER WENDELL HOLMES: Law and the Inner Self

A fascinating look at the life and thought of the great jurist and scholar that vividly connects his sometimes dry legal pedantry and his remarkable life and personality. White (Law and History ... Vollständige Rezension lesen

Justice Oliver Wendell Holmes: law and the inner self

About the Author:
G. Edward White is University Professor and John B. Minor Professor of Law and History at the University of Virginia. A noted legal scholar, his books have won several awards, including a Silver Gavel Award from the American Bar Association in 1983, for Earl Warren, and the James Willard Hurst Prize of the Law and Society Association in 1990, for The Marshall Court and Cultural Change. 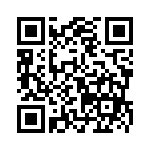