Seite 15
This country , ” he continues , “ will not be called France ; it will be called Europe
in the twentieth century , and later , still more transfigured , it will be called
Humanity . " Was this vision truly prophetic ? Did it foreshadow an apostle ? Who
can ...
Seite 85
All this is so little novel that it may properly be called obvious , but it may not on
that account be impatiently dismissed . The importance of a fact does not depend
upon its novelty , but upon its range , and we have here , I believe , a fact of the ...
Seite 329
Christian , as we have seen , has gone in the morning from his place of
entertainment , has entered a valley called Humiliation , has battled there
desperately with a fierce monster , has overcome him , and has continued his
journey in ... 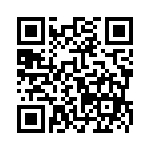