Richard Holmes is a Fellow of the British Academy, and was Professor of Biographical Studies at the University of East Anglia (2001–2007). He was awarded the OBE in 1992. His first book, ‘Shelley: The Pursuit’, won the Somerset Maugham Prize in 1974. ‘Coleridge: Early Visions’ won the 1989 Whitbread Book of the Year Award, and ‘Dr Johnson and Mr Savage’ won the James Tait Black Prize. ‘Coleridge: Darker Reflections’ won the Duff Cooper Prize and the Heinemann Award. He lives in London and Norfolk with the novelist Rose Tremain. 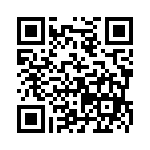