Marjory Stoneman Douglas: voice of the river, an autobiography

"Complaining about being old, nobody loves you, nobody comes to see you is a big mistake. Maybe people don't come to see you because you bore them to death,'' 97-year-old Douglas writes. This author ... Vollständige Rezension lesen

Marjory Stoneman Douglas is considered by many to be the first lady of the Everglades. What others called a worthless swamp, she dubbed the "river of grass," and she fought fiercely to protect and revive the Everglades in her lifetime. Her autobiography, Marjorie Stoneman Douglas: Voice of the River, is the story of a strong-willed, determined woman who let nothing stand in the way of accomplishing her goals and living "my own life in my own way." Everglades: River of Grass chronicles her involvement in Everglades affairs. 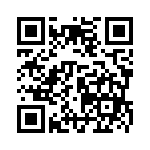