Seite 11 - Our language can be seen as an ancient city: a maze of little streets and squares, of old and new houses, and of houses with additions from various periods; and this surrounded by a multitude of new boroughs with straight regular streets and uniform houses.
Wird in 270 Büchern von 1951 bis 2008 erwähnt 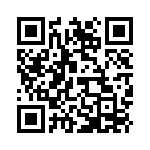