Seite 65
The others were (Macro-)Na-Dene, which in Sapir's formulation was extended to
include Haida; Algonkin-Wakaskan, which included Algic, Salishan, Wakashan,
Kootenay, and Chimakuan; Hokan-Siouan, which included the Hokan macro-unit
...
Seite 66
The Hokan and the Penutian macro-units, by contrast, are made up almost
entirely of compact families and isolates that occupy Small contiguous territories.
Thus Kroeber describes the “North Hokan' area of northern California (numbers 6
–10 ...
Seite 71
Long-range and mid-range comparison: the cases of Otomangue and Hokan.
Paper presented at the Summer Meeting of the Society for the Study of the
Indigenous Languages of the Americas, Tucson, Arizona, July 2, 1989. - Kroeber,
A.L. ... 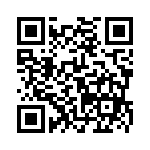