Seite 387
part, and b, b, the lower part. The upper end at n, is tubular, as shewn by dotted
lines, having an orifice for the passage of the thread of cotton, or other material.
The other end of this part of the spindle is bored out, as shewn by dotted lines at c
, ...
Seite 388
4, represents the upper part of the spindle and flyer, raised and disconnected
from the lower part, and at such an angle as to allow of the bobbin being taken off
the spindle, by being passed downwards. That portion of the top part of the
spindle ...
Seite 397
... of one of the electrodes while the light is in action. The lower part of the shaft o,
which corresponds in length with the shdoth part, has a screw-thread formed
upon it; this screw-thread works in a nute, fixed to the apex of the cone D; ... 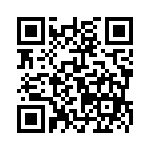