Journalist and novelist Sheehan (Innocent Darkness, 1993, etc.) delivers a bloated and pretentious—if lively—saga of recent Vatican history as seen through the career of one very complicated man ... Vollständige Rezension lesen

Augustine Galsworthy is the son of an English peer and his American wife. A clumsy, stuttering boy, he was sent away to a church-run French school, where his teachers convinced him to become a priest ... Vollständige Rezension lesen

Author and foreign correspondent Edward R. F. Sheehan graduated from Boston College in 1952 and then served in the Navy for two years. After his military service, he worked as a foreign correspondent for The Boston Globe. In 1957, he joined the Foreign Service and worked as a press officer for United States embassies in Cairo and Beirut. While a freelance journalist, he wrote for numerous publications including The New York Times, The New York Review of Books, and Harper's. He wrote fiction and non-fiction works including Kingdom of Illusion (1964); Cardinal Galsworthy (1997); and The Arabs, Israelis, and Kissinger: A Secret History of American Diplomacy in the Middle East (1976). He also wrote a play entitled Kingdoms, which opened on Broadway in 1981, but closed quickly because of poor reviews. He died due to an allergic reaction to medication on November 3, 2008 at the age of 78. 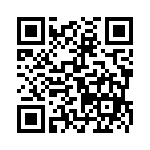