Seite 33
Pnilip answered him , Two hun- were under the first Testament , they dred penny
- worth of bread is not suffi- which are called might receive the cient for them , that
every one of them promise of eternal inheritance . may take a little . One of his ...
Seite 34
And also be made partakers of his resurrec - Jesiis said unto him , Thou sayest ,
tion , through he same Jesus Christ And when he was accused of the chiei our
Lord . Amen . priests and elders , he answered noThe Epistle . Phil . ii . 5 . thing .
Seite 38
peace , and answered nothing . Again , he that shall ... And he went out into of
many things : but he answered 110the porch ; and the cock crew . And thing . ...
But Jesus yn answer And a little after , they that stood by ed nothing : so that ...
Seite 44
The daily ministering and offering often- Jews answered him , We have a law ,
times the same sacrifices , which can and by ... But Jesus gave him no answer .
perfected for ever them that are sanc- Then saith Pilate unto him , Speakes ! tified
...
Seite 55
Jesus answered and TER this I looked , and behold , said unto him , Verily , verily
, I say man be bora the first voice which I heard , was as again , he cannot see the
kingelom of ' t were of a sumpet , talking with me ; God . Nicodemus saith unto ...

Seite 20 - And when they had seen it, they made known abroad the saying which was told them concerning this child. And all they that heard it wondered at those things which were told them by the shepherds. But Mary kept all these things, and pondered them in her heart. And the shepherds returned, glorifying and praising God for all the things that they had heard and seen, as it was told unto them.
Wird in 1052 Büchern von 1755 bis 2008 erwähnt
Seite 84 - Thou shalt not make to thyself any graven image, nor the likeness of any thing that is in heaven above, or in the earth beneath, or in the water under the earth. Thou shalt not bow down to them, nor worship them...
Wird in 848 Büchern von 1584 bis 2008 erwähnt
Mehr
Seite 49 - I have yet many things to say unto you, but ye cannot bear them now. Howbeit when he, the spirit of truth, is come, he will guide you into all truth...
Wird in 1003 Büchern von 1765 bis 2008 erwähnt
Seite 63 - And when the Lord saw her, he had compassion on her, and said unto her, Weep not. And he came and touched the bier: and they that bare him stood still. And he said, Young man, I say unto thee, Arise. And he that was dead sat up, and began to speak. And he delivered him to his mother.
Wird in 1417 Büchern von 1755 bis 2008 erwähnt
Seite 42 - But this man, after he had offered one sacrifice for sins, for ever sat down on the right hand of God ; from henceforth expecting till his enemies be made his footstool. For by one offering he hath perfected for ever them that are sanctified...
Wird in 580 Büchern von 1755 bis 2008 erwähnt
Seite 69 - And Jesus, walking by the sea of Galilee saw two brethren, Simon called Peter, and Andrew his brother casting a net into the sea : for they were fishers. And he saith unto them, Follow me, and I will make you fishers of men.
Wird in 1170 Büchern von 1755 bis 2008 erwähnt
Weniger 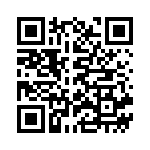