Jesus Aburto has worked in the comic book industry for more than eleven years. In that time, he has illustrated popular characters such as Wolverine, Iron Man, Blade, and the Punisher. Recently, Jesus started his own illustration studio called Graphikslava. He lives in Monterrey, Mexico, with his kids Ilka, Mila, Aleph, and his beloved wife. Jesus enjoys spending his spare time with family and friends. 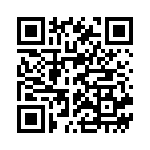