The mind in the cave: consciousness and the origins of art

For the last 30 years, Lewis-Williams (Rock Art Research Inst., Univ. of Witwatersrand, Johannesburg) has written books and articles about rock art produced by the San (Bushmen) of South Africa and ... Vollständige Rezension lesen

David Lewis-Williams is Professor Emeritus and Senior Mentor at the Rock Art Research Institute, University of Witwatersrand, Johannesburg. He is the author of The Mind in the Cave, Conceiving God, and Deciphering Ancient Minds. 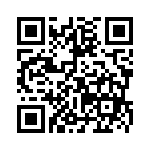