Close air support--attacking targets on the ground with guns, bombs, and rockets, usually at very low altitudes--is the forgotten branch of combat aviation. There are hundreds of books about high ... Vollständige Rezension lesen

Richard P. Hallion retired as Senior Advisor for Air and Space Issues, Directorate for Security, Counterintelligence and Special Programs Oversight at the Pentagon. Among other works he is also the author of The Naval Air War in Korea, Rise of the Fighter Aircraft, 1914-1918, and Legacy of Flight: The Guggenheim Contribution to American Aviation. Air Vice-Marshal R. A. Mason, RAF, CBE, was air secretary and director general of Personnel Management for the Royal Air Force Ministry of Defence and coauthor of Air Power in the Nuclear Age and The Soviet Air Forces. 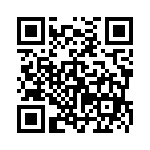