Dr. Robert Wesson, who received a Ph.D. from Columbia University in 1961, served with the Foreign Service in Brazil and Colombia after graduating from the Tuft University's Fletcher School of Law and Diplomacy in 1941. He served in the Navy from 1944 to 1946 and lived for a time in South America. He was a visiting professor at Bates College and a resident scholar at St. Antony's College at Oxford. In 1964 he joined the faculty of the University of California at Santa Barbara and in 1977 was named curator of the Russian-East European Collection of the Hoover Institution on War, Revolution and Peace. He had been a senior research fellow at Stanford since 1978. He wrote more than 30 books on political science, international affairs, biology and the evolutionary process, including Beyond Natural Selection and Cosmos and Metacosmos. 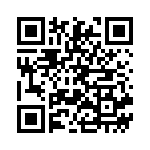