Martha Honey is director of the Peace and Security Program at the Institute for Policy Studies in Washington, D.C. She has worked as a freelance journalist in Latin America and Africa for The Washington Post, The New York Times, The Guardian, Associated Press, National Public Radio, ABC-TV, and the BBC. She has received numerous awards for her investigative journalism both in the United States and worldwide. 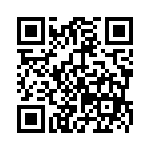