Mark Shiel is Lecturer in Film Studies at Sheffield Hallam University and was formerly Faculty of Arts Fellow at the Centre for Film Studies, University College Dublin. He is a graduate of Trinity College Dublin and completed his PhD, "Radical Agendas and the Politics of Space in American Cinema, 1968-1974" at the British Film Institute in London in 1999. 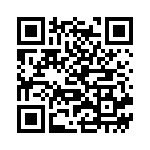