Ann Hibner Koblitz is associate professor of history at Hartwick College and founder of the Kovalevskaia Fund, which supports women scientists in the Third World. She has won the History of Science Society's prize for outstanding work on the history of women in science. Pnina Abir-Am, the series editor, is NSF Visiting Associate Professor in the History of Science at The Johns Hopkins University. 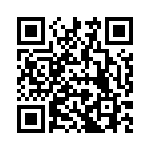